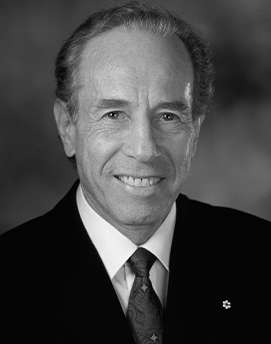 A hotelier for four seasons

He began his career in the trade at his father’s side as a house builder. When in 1961 he built his first hotel, he considered it another real estate deal, as he did not know anything about the hotel industry at that time. Focusing only on expectations of his guests, he soon learned that a pretty penny could be made from it. Being the sharp observer that he was, he could draw accurate conclusions, owing to which each subsequent hotel that he opened was better than the previous one. Later, aware of his strong competition, he was not afraid to enter the luxury hotel market. And he succeeded. Setting his own quality standards, he created a new generation of five-star hotels of the 21st century and his Four Seasons was listed by The Robb Report magazine as one of the most exclusive brands of all time alongside icons such as Armani, Cartier, Château Lafite-Rothschild, Glenlivet, Louis Vuitton and Rolls- Royce.

If you want to get to know Isadore Sharp and other famous personalities of the world of hospitality, buy amazing series of e-books "The Most Famous Hoteliers of All Time".